Facebook is testing a new ad type – Suggested Posts. We believe that it will take the Sponsored Stories Advertising to the next level.

Visible on both Facebook desktop and mobile, Suggested Posts are posts that an advertiser pays for to make them appear in the news feed of the targeted users. Unlike Sponsored stories, which limit the visibility of the advertiser’s posts to their fans and friends of fans, Suggested Posts have a wider range, reaching out to a much larger number of users. These posts will appear even if the users have not liked the advertiser’s page with a label saying “Suggested Post” on top and “Sponsored” on the bottom.

Facebook has not officially announced this feature on the network. They seem to have selected a handful of pre-launch beta advertisers to test this ad type and gauge its effectiveness. 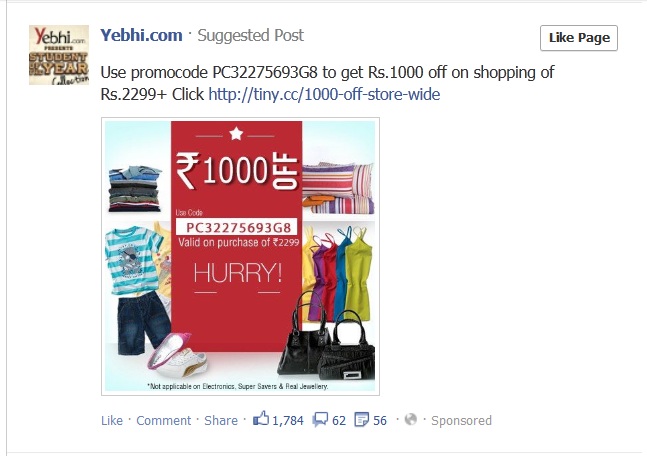 Although the mobile version does not have the “suggested post” label, it still comes under this form of advertising.

Ideally, the targeting of these posts should be based on the users’ interests, demographics or geographic location, making these posts relevant for the users viewing them.

If rolled out publicly, this type of Facebook advertising would enhance the reach of an advertiser, increasing the ability to influence a larger set of targeted users.

While an official word from Facebook is pending, businesses/advertisers should keep their eyes and ears open for any updates on this. Or you could watch this space!